The real Living wage (and real London Living wage). Should it be the Minimum F2F Fundraising payment standard?

Why paying it means more than just better financial welfare for Fundraisers(which is a pretty important thing in itself).

The real living wage is determined by the Living Wage Foundation every year based upon what is deemed a fair wage and allows employees the ability to meets everyday needs — like the weekly shop, or a surprise trip to the dentist. It is paid by over 7000 business across the UK covering 250,000 employees including 2/5th’s of the FTSE 100 and big household names including Nationwide, Google, Brewdog, Everton FC and Chelsea FC. In 2021 it is deemed as £9.90 per hour worked outside of London and £11.05 within London. 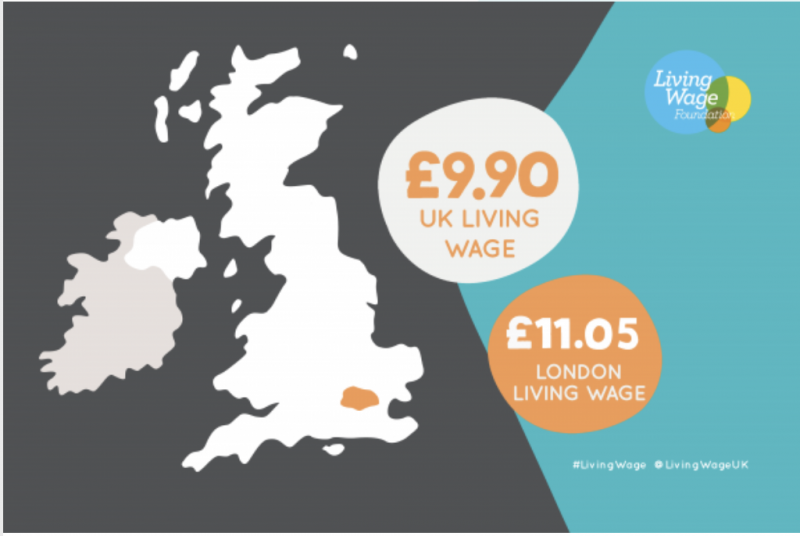 How do pay rates compare?

Why should fundraising agencies pay the real Living wage?

What does it mean for charities?

First and foremost it means that you as a charity are ensuring the fundraisers doing the tireless work on your campaign are being paid a fair living wage. It means that fundraisers have financial peace of mind alleviating huge mental health concerns. For example (like what happens to most people in all jobs at some point), an experienced fundraiser goes through a bad patch at work; especially if it’s for example due to a personal problem outside of work, that paying their rent, bills or putting food on the table doesn’t become another problem for them because they earn a living wage and are not reliant on bonuses on top of minimum wage.

Better retention of fundraisers in house or with your agency results in better charity knowledge, better ambassadorship and in the long run better donor retention and lower complaint levels.

Better retention of fundraising staff at agency/in-house will also result in less need for training basics which mean that fundraisers can have more training on the charity knowledge, advanced fundraising skills & management training.

If a fundraiser has financial welfare issues they are more likely to take mental health sick time off, more likely to force donors to sign up (to achieve Performance pay) and more likely to generate complaints from pressurising members of the public.

It’s the right thing to do

Charities exist to make the world a better place. Imagine a world where everyone is paid a real living wage, the problems that melt away when you earn £1000s more per year compared to the wage you earn now. That’s more food on the table, better living conditions, better access to cultural, sporting & health activities, better quality of life. The real Living wage (and London Living wage) should be a given throughout the sector. Let’s make a commitment to every fundraiser that they will be paid a truly fair wage moving forward.